After so much cold weather, the weekend was great! I even got to wear shorts for the first time since October. I took advantage of the warm weather to wash the truck. It was absolutely filthy and it will take a couple more washes to remove the embedded dirt. The problem is, we are forecast to be back in the 20's tomorrow night.

We went to the 2300 Cafe for our Friday night out with the other hosts. It was all right but not as good (my opinion) as the first time we ate there. We are slowly seeing a change in the hosts, with two new couples coming in the past few days. Actually it won't be too long before we will be leaving.

We spent some quality time with our neighbors over the weekend. I began it with washing my truck, resulting in the neighbors on both sides of us washing theirs. We all got together to chat after completing the washing. Stella made a big ol' pot of beans on Sunday afternoon and they all came over to share them. We sat outside until the cool night temps sent us back inside. It was good to spend time with our friends. We are planning to play some card games or dominoes later today. All three of us guys worked on the deer hunts and are taking some time off from work. Bill and Karen are still cleaning cabins and Chip and Bunkie are doing site checks in the mornings and Stella and I will do the recycling pickups later in the week, so we are still working, just not as much. We still love working here.

I know it has been forever since I've put up a post, but I've been busy with the deer hunters and working around the park and that was pretty boring to write about. 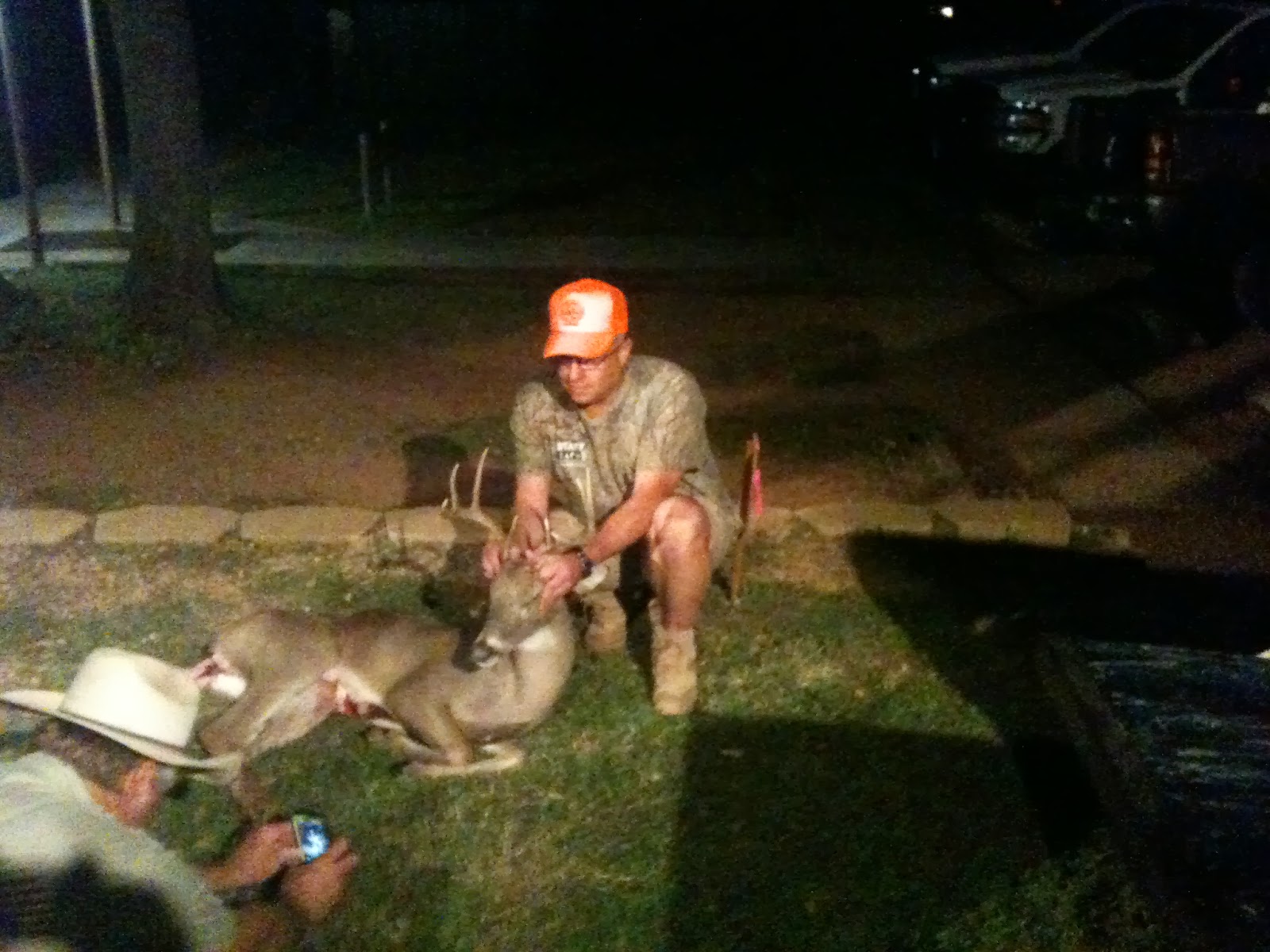 This was the first hunter that I took out and the buck that he got. It was a very pretty nine pointer and one of the best ones taken over the hunts.

We had many compliments about the hunts. All of the hunts were the same, an evening hunt on Tuesday, morning and evening hunts on Wednesday and another morning hunt on Thursday. The only one that changed was during the kids hunt when it was backed up one day due to new year eve.

I guess the next big thing that has gone on would have to be the winter weather. The "polar vortex" came roaring in and left us with lots of cold weather. At least the first one didn't have any ice and snow associated with it down here. I know that much of the rest of the country had lots of snow and ice but we escaped it. Even the deer hunters didn't have to deal with extreme cold during the hunts. 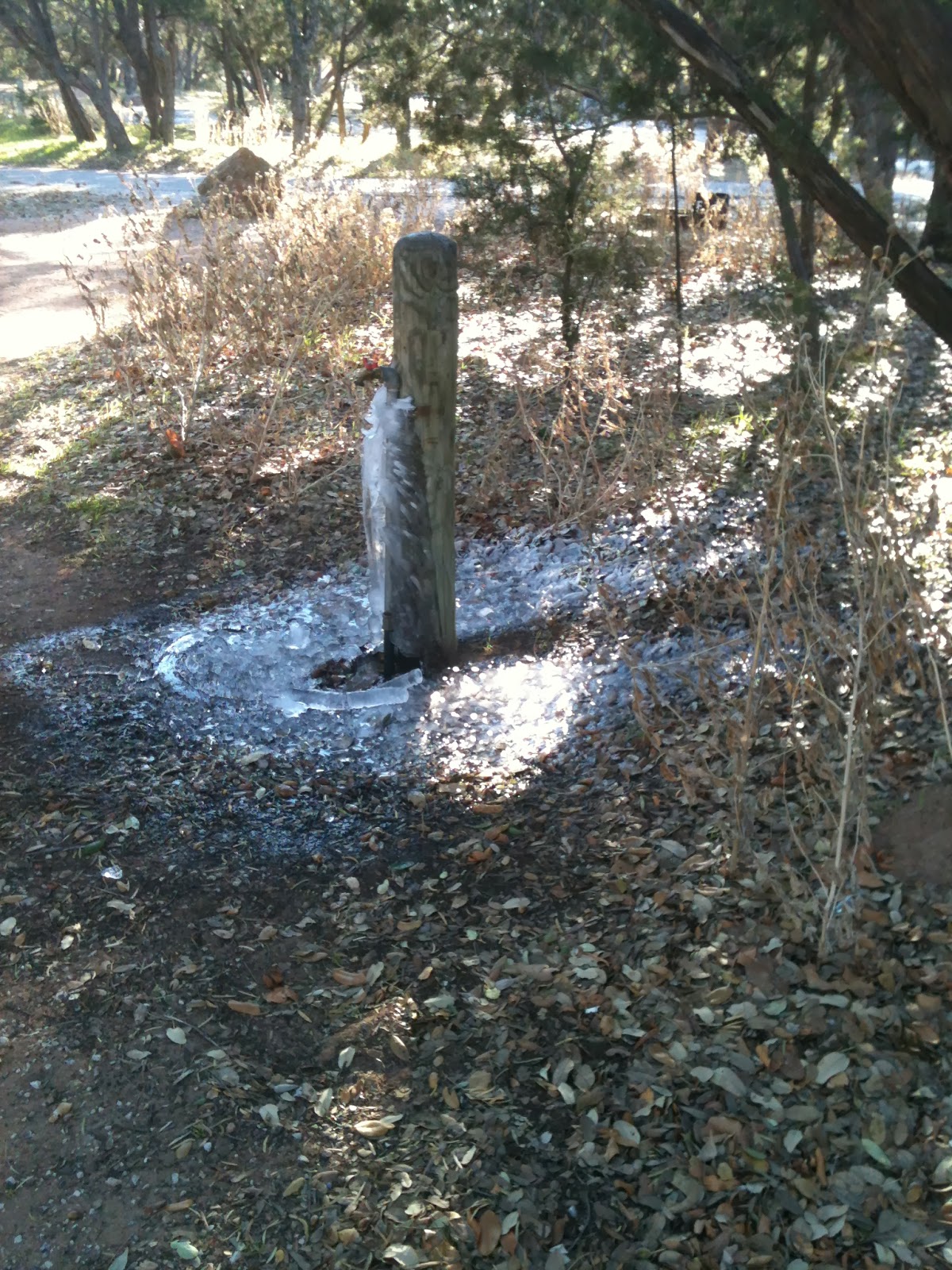 Most of the water in the unoccupied sites was left dripping and this was the result. At least they avoided water lines breaking, although they did have to replace some water spigots.

The pictures below were taken today, in the latest round of cold weather. 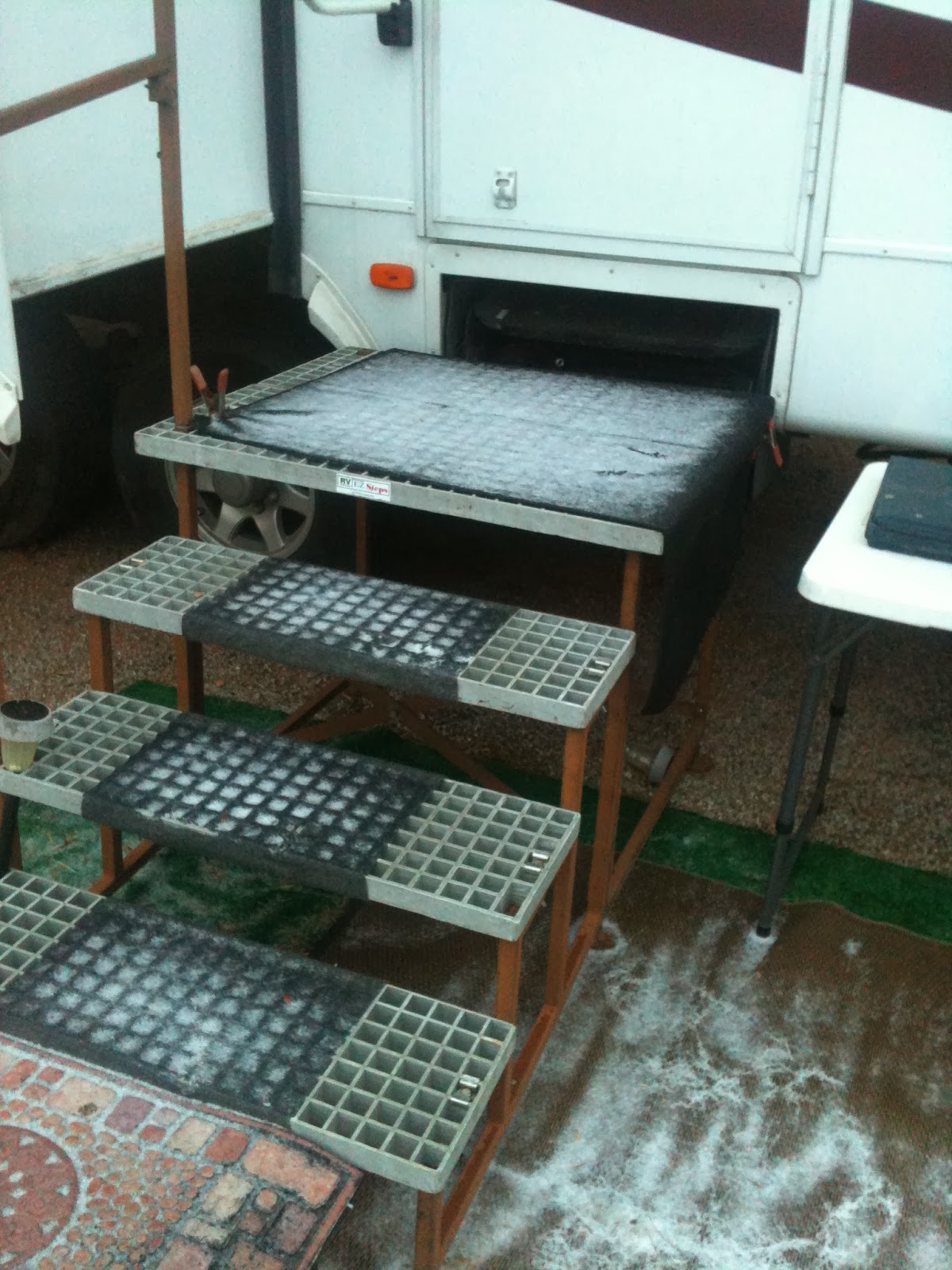 The front porch and steps were hard to negotiate this morning. Of course, the propane bottle ran out about 3AM and I had to bundle up and go change it over to the full tank. 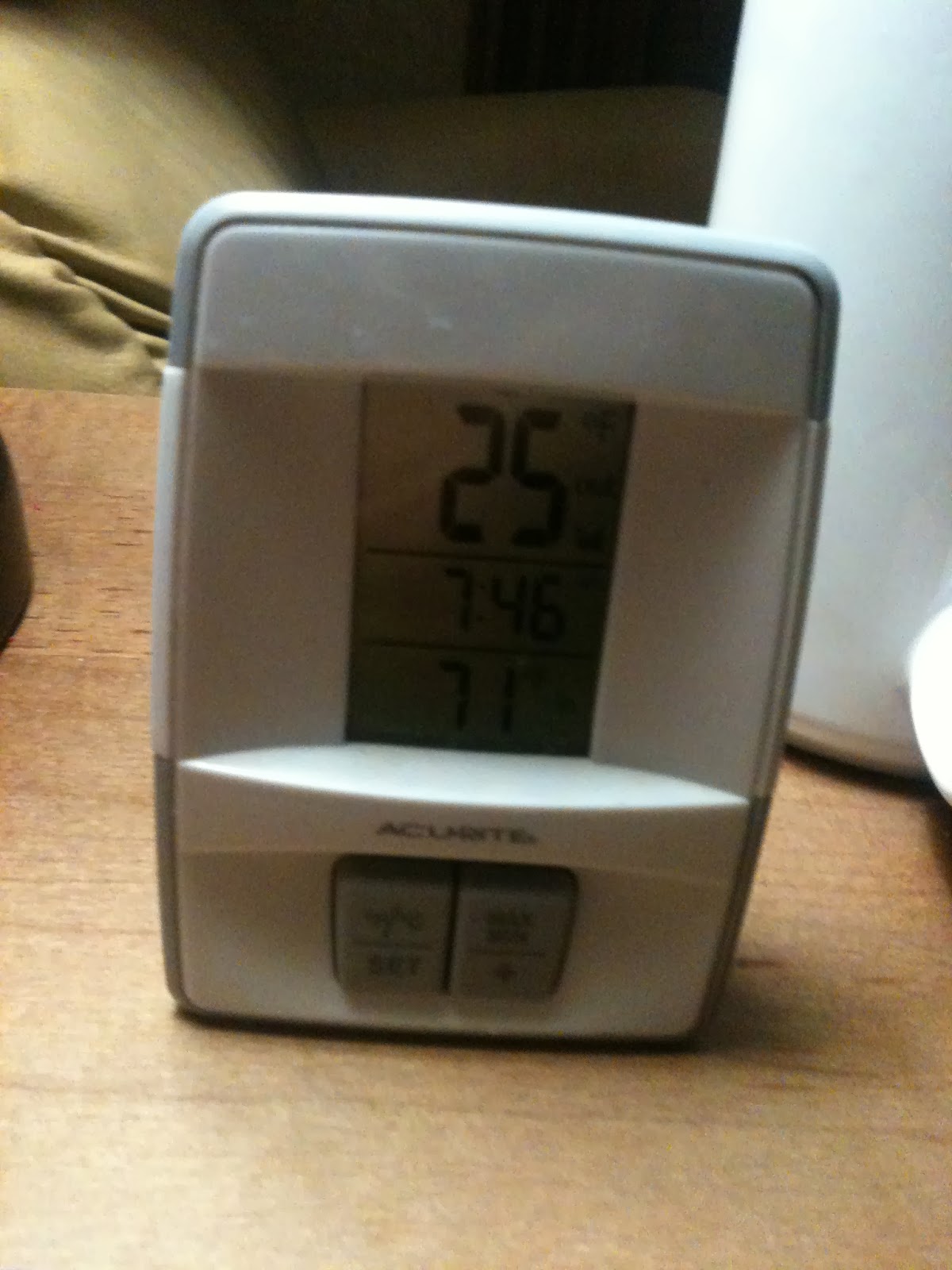 The morning temperature this morning!

At least my work on the deer blinds is finished, at least for now. We will return to work in the next week or so, working on the blinds. We plan to move some and improve the shooting lanes in some. We want to get this done now, so the deer will not be alarmed next fall when we all plan to return and work the deer hunt next season.

I have been busy in making plans for our summer trip and will share them with you as soon as I can. I plan to add a travel map to the front page when I figure out how to do it.