We woke to cool temperatures inside because the air conditioners ran all night long. It was pretty stuffy when I went to bed last night, so we used both units. Whatever they did to the electrical box worked! This is our site at Timber Ridge Resort. It is heavily wooded around the sites which keeps the temperatures down but it does limit the amount of breeze we get too, so its a two-edged sword. Not to mention, it eliminates the use of the dish to pick up television. 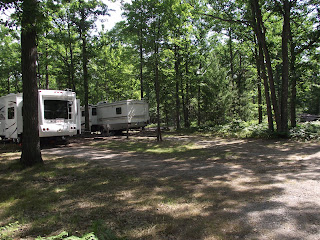 Some of the wooded areas near our site. The dogs have been enjoying their walks on the trails and gathering the smells of the wild animals in the woods. 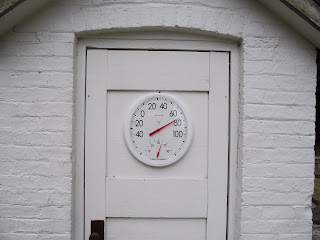 I've been bragging about the cool temperatures up here, so here's my proof. This was taken about 1 o'clock in the afternoon. 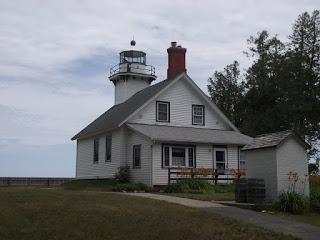 This is the lighthouse that has been on this site since 1870. 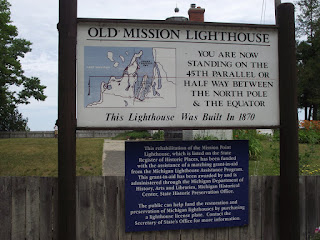 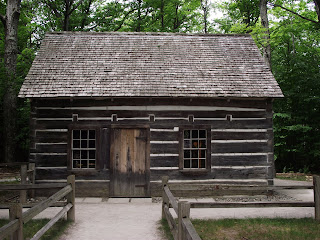 I believe that this house may have been built elsewhere and moved here at some point. As you can see by the photo below, it is typical of the houses in this area. 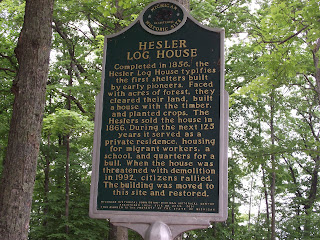 Interesting information about the old house. 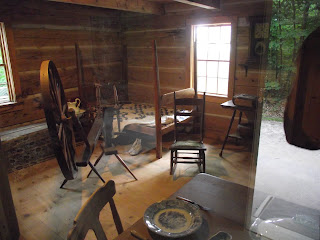 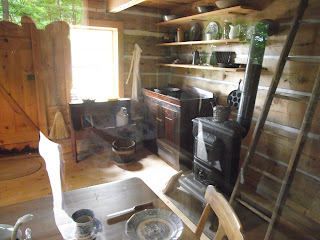 Photos of the interior of the old house. Can you imagine living in an original log cabin? One room for everyone to live in. 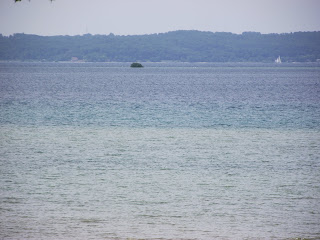 This is a picture of the lake near the lighthouse. It is difficult to see the different colors of the water, from a very light gray color near the shore to a deeper blue as the water gets deeper.

This body of water is the east arm of the Grand Traverse Bay off Lake Michigan. Lake Michigan is one of the five Great Lakes and the only one that is entirely within the United States. It is the second largest by volume and the third largest by surface area. The word Michigan originally referred to the lake itself and is believed to come from the Ojibwa Indian word Mishigami, meaning "great water".

When we finished our tour of the peninsula, we stopped off at a couple of the many wineries on the peninsula, where we bought a few bottles of wine to enjoy. We returned home and relaxed for the rest of the afternoon. The doggies were glad to see us!